Sebai and Bev Yaman Shared about their Ministry at New Hope

My name is Sebai Yaman. I’m an associate pastor with New Hope Fellowship in Thunder Bay. After years of prayer, God recently opened the door for us to move into a larger building in a strategic area of the city for ministry, coinciding with our vision to share the Gospel with First Nations people in Thunder Bay.

We made the move in June, a little nervously, after being in our other building for over a decade. The new location is just a few blocks away from DFC (Dennis Franklin Cromarty), a First Nations high school, and only a five minute walk from a housing complex that houses hundreds of First Nations people. How perfect is God’s plan? Our plans pale in comparison.

As a church, we’ve also been privileged to have become part of the Northern Light Association of Churches (NLAC), and we hosted a gathering of the association in August at our new facility. NLAC is a new association of churches in Northern Ontario, formed in 2013.

Wayne Shenk Spoke out of his Wisdom and Experience

The member churches largely have similar backgrounds, starting as mission churches planted to reach First Nations communities. Many of these churches have now matured beyond the guidance and support of their original parent churches, and NLAC is a door God has opened for us to all continue to have fellowship and accountability.

It’s especially practical because many of the parent churches that used to support the NLAC churches are a great distance away, even by Northern Ontario standards. Fellowshipping with churches that are closer means we can see each other face to face more frequently and encourage one another daily, as long as it is called “Today”… (Heb 3:13)

We held our second annual association gathering in Thunder Bay from August 12-14. Representatives from all the member groups were in attendance, including the newest member, Cornerstone Christian Fellowship. Representatives came from as far north as Weagamow Lake, and as far east as Sudbury (representing Sudbury First Nations Church, who are considering becoming an NLAC member). The theme for the weekend was fellowship. We enjoyed sharing songs together and lots of delicious food. We heard from representatives who shared their hearts about struggles and successes within their churches.

Missionary families, who are part of the association through Living Hope Native Ministries, told of struggles in their remote communities. Dave and Laverna Brenneman, from Weagamow Lake, reminded the group that as remote missionaries there are countless opportunities to ‘feed’ others spiritually, but being ‘fed’ spiritually themselves is a challenge.

Another missionary, Colleen Estes, in Pikangikum, asked for continued prayer for spiritual awakening in the community and for God to meet her needs as a single missionary. Specifically she asked us to pray for a new furnace for the youth centre, as the old one is on the way out.

Member churches in the cities shared various concerns and encouragements. Wendell Graber, from The Lighthouse church in Sault Ste. Marie, shared how the church has been encouraged by higher attendance. They are currently keeping their eyes open for a larger building to accommodate the growing group. Praise God!

Evident in the reports of thanksgiving and difficulty, I could feel the churches growing closer together in unity as we empathized and rejoiced together. What made the weekend even more encouraging, is that this theme of unity was reinforced by our guest speaker, Wayne Shenk. Wayne joined us all the way from Vanderhoof, British Columbia. He travels regularly all over the world, encouraging local fellowships. He expressed that in all his travels, he has seen no more potent enzyme for church growth and success than unity. He said it didn’t matter where he was, West Africa, China or elsewhere, where churches stand in unity, he has seen God’s blessing.

Overall the gathering was so encouraging. It was exciting to see familiar faces and even new ones that the Lord has brought into our midst. NLAC hopes to grow and share mutual encouragement with churches from all over Northern Ontario.

I look forward to next year’s meeting, and to share in many meaningful exchanges with sister churches from NLAC in the meantime. The support from original parent churches may have changed, but God is opening an exciting new door with NLAC: one of unity, and encouragement.

I know your deeds. See, I have placed before you an open door that no one can shut. I know that you have little strength, yet you have kept my word and have not denied my name. (Revelation 3:8)

“Jesus, Light of the World”

Group of VBS Students with their “Love Glasses”

Leidy’s Church, for the 22nd consecutive year, sent an intergenerational mission team to work on Ontario’s Reserves under the auspices of Living Hope Native Ministries. A crew of 20 made the trek from Pensylvania to Red Lake where they flew the additional 20 minutes to Pikangikum.

An enthusiastic group of children greeted them upon arrival at the teacher’s houses where the team boarded. Providing Bible school classes for pre-school through 6th grade, attendance was as high as 230, but due to some inclement weather-it rained during the week of ministry-the attendance was more often in the 150 to 175 range.

“Jesus: Light of the World” was the theme for the five-day Bible school. By the time the week was over almost all the kids could recite the memory verse: “Before the world began, Jesus was there. Everything was made through Him. In Him was life and that life was the light for all people. And that light shines in the darkness.”

Team members were able to attend a church service on Sunday evening, benefiting from the worship and preaching while also having an opportunity to share some of their testimonies. One evening the team hosted a youth night featuring Christian music led by team members and a special message brought by one of the team members. It was an excellent evening of fellowship and mutual ministry.

Several of the team members also did repair work. Colleen had a vehicle that needed some special attention, and it got it! The plumbing system at the Night Light youth center received major attention and is now functioning quite well.

Though one night was designated game night, usually there was a crowd of kids around the team eager to jump rope, kick a hackey-sack, throw a Frisbee, or just hang out.

Everyone especially looks forward to the day when each student and teacher receives a t-shirt with that year’s theme on it. Then everyone tries to get as many signatures as they can from fellow students and teachers on the shirt. Those shirts become treasured possessions full of memories for all the team members and-we trust-for many of the kids as well.

This year’s team had members who had been up to Pik for as many as nine or ten years as well as some who had never been on any sort of mission trip before. Some from Pik who were VBS students years ago now have children who are students. Good friendships have formed over the course of those years, making Bible School all the more meaningful. 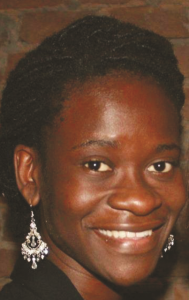 This year four summer teams partnered with Living Hope Native Ministries. Here are two examples of some of the work that was covered by our Short Term Teams this summer. The Immanuel Leidys Church team has been partnering with LHNM for over 20 years. This summer, this group spent a week in Pikangikum First Nation ministering through a VBS. In addition, they helped Colleen Estes with a few repairs around her house and the local youth centre called the Eagles Nest. The annual Leidys VBS is a highlight for many of the children in Pikangikum. Often kids start asking about Bible School two months before the team arrives. Not only does the team spend time teaching the children, they spend an equal amount of time building relationships with the kids after their day’s work.

Another team, the First Baptist Church Trenton from Oklahoma, traveled to Grassy Narrows First Nation to support the work that Paul and Esther Lee have. This church group has been traveling to Grassy Narrows for several years.

The team was predominantly a work team that helped do some much-needed renovations on the Lees’ home. Apart from that, their work this summer also covered a VBS, door-to-door ministries, and conducting a church service each night. Even with their busy schedule, they found that some of their most valuable times in Grassy Narrows were when they took time to listen and be an encouragement to the Lees.

Even though spending a week partnering with local Christians and missionaries is often too short a time to make a lot of long-term changes, consistent visits help with building trust. We have found that teams that return year after year have an easier time building trusting relationships with the people they are visiting. It’s within such relationships that both the short-term team members and the people they are serving can learn from each other.

We are thankful for those that have partnered with us in the past and those who are looking to come back next year and be a part of Living Hope’s work. 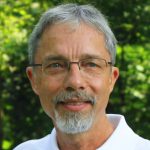 When we believers gather, we celebrate the community of Jesus followers. The creative, spontaneous, and organic life of believers in community is an amazing gift from God. To be connected, to be immersed in fellowship with others in the community is much like the inter-relatedness of the cells in our bodies.

Nothing compares to the rewards of joyfully growing together toward the measure of the stature of the fullness of Christ. We don’t do that in isolation.