Over the last year, the board and staff of LHNM have been praying for God’s provision for a new director, and waiting to see how he would provide. 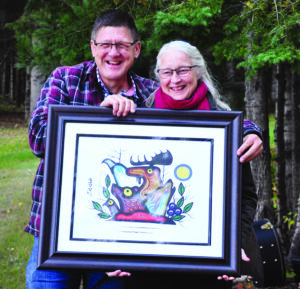 Stuart and Delores with their parting gift.

Stuart Swartzentruber took on the role of interim Executive Director in 2018, and has been a dedicated leader through the last 4 years. He and Delores moved to Thunder Bay from Sudbury, where they had been living and working with LHNM for over 25 years. After many years of local church leadership, the office role was a big change. As in any season, there were ups and downs, including new staff and the challenges of the pandemic. Stuart shared his reflections, “It has been an amazing ride! I’ve felt inadequate in many ways, but saw God helping LHNM to grow and move forward. The whole LHNM team has been so supportive. Delores and I are extremely grateful to God for expanding his kingdom in this part of the world and allowing us to be a part of it.”

At the same time that Stuart and Delores were feeling led to move away from this role, Andrew and Kristin Lang moved their family to the Thunder Bay area and began attending New Hope Fellowship. Andrew’s experience in leadership lent itself to discussions and consultation with Stuart in regards to the future of LHNM and the change in leadership. 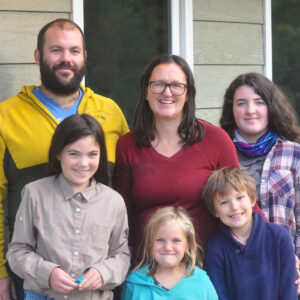 As Stuart, Andrew, board chairman Clarence Meekis, and other members of the LHNM board spent time in conversation and became acquainted, it became clear to everyone that God was putting the pieces together for Andrew to work with LHNM at this time. In September the decision was finalized, and Andrew and Stuart worked together in the office for the month of October.

On November 1, 2022, the transition was official, and Andrew has stepped into the role of interim Executive Director. He comes to LHNM with experience in leadership, and a vision for leading LHNM in growth, including the search for a permanent Executive Director. In his words, “I’m honoured to be partnering with the amazing staff team at Living Hope, and am excited about the opportunities available for partnering with churches. Most of all, I’m looking forward to what God will be doing through LHNM, building his kingdom here.”

Praise the Lord for his faithful guidance and for making the path clear for this change in leadership.